The Teal community is not "dead"!  Here is an update, thanks to some of my Teal correspondents; Stu Hanley, Vince Palone, Brian Pinsent, Nat Sims and Jim Watson:

#6: (C-GOAE) is reported to be sitting abandoned in a field east of Vancouver, British Columbia, Canada - and has been for years.

#13: (N462AM) has been sold (together with #22) to local businessman Doug Galbraith at a closed bid auction by Greene County, Pennsylvania, after being stored at Greene County Airport (KWAY) for many years. It is unlikely to fly again. It's a long way from airworthy, and its engine and prop have been sold on.

#17: (C-FCBS) is under restoration near Winnipeg, Manitoba. Perhaps it will fly this year, but 2017 without doubt.

#19: (C-FYSJ) sadly had an accident on St. John River, New Brunswick, Canada, this August.  On take off from St. John River, near Woodman's Point, the amphibian started to porpoise and flipped over.  Both occupants fortunately escaped without injuries.  The accident is under investigation. Hopefully, #19 will be repaired and put into service again.

#21: (SE-XNA) is flying as "Experimental" in Northern Sweden.

#22: (N461AM) has been sold (together with #13) to local businessman Doug Galbraith at a closed bid auction by Greene County, Pennsylvania, after being stored at Greene County Airport (KWAY) for many years. It is unlikely to fly again. Galbraith has other uses in mind.

#23: (LN-SAU) is stored in France for future restoration.

#033: (N334AZ) is for sale in bits and pieces by owner Kerry Gorman, Arizona, USA.  This is a low-time Teal, with only 160 hrs total time!  A very good project for anyone interested in building his own Teal!

#034: (C-FUGG) is flown regularly by Jim Watson, Brechin, Ontario, Canada.  More than 400 hours of flying has been logged since its first flight as a restored plane. Jim has installed a MTV-12 prop, originally intended for installation on #13, for evaluation. According to Jim, it produces quite different flying characteristics than the Hartzell prop.

#037: (G-OWET) is all repaired, and the fuselage painted, by Jim Watson, Brechin, Ontario.  Wings (from #036) are in for inspection, and Jim expects to have them out for paint in September. He hopes to fly #037 in the fall. The Teal probably will be sold to a fellow from Ontario.

#038: (N1365W) is under restoration not far from Toronto, Ontario.  Still a way to go before completion and flying.

Any updates and new photos are most welcome! 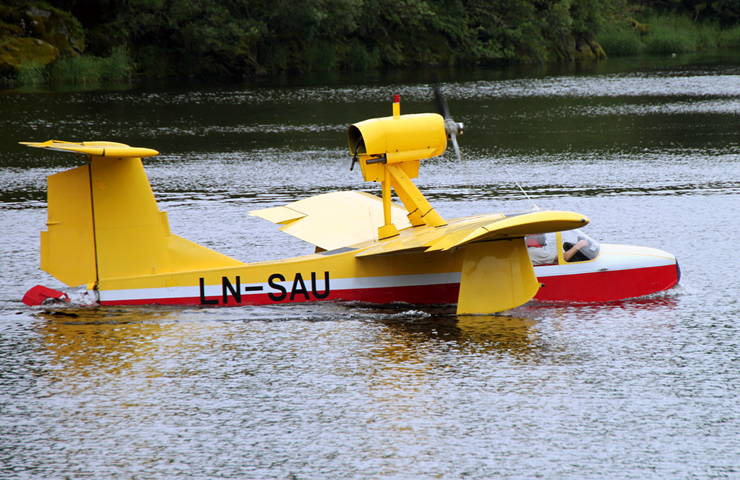